This thread is intended for you to suggest and ask for suggestions on how to Enchant and Tome your creature. And also, for what purpose (defender or attacker). It might help us all to come into a better and optimized layout of our own units. The ideal thing to talk about is to identify the creature you want to talk about and describe its special and awakenings (you can summarize them all, if you wish, depending on what you currently have), given that not all of us might have it.

I'm currently using it with the Hunter tome (+30% critical damage against large units and bosses) and Enchantments: +2399 HP; +28% damage vs Red HP; +15% chance to debuff on attack; +428 PWR. I'm intending it as both attacker and defender, because it feels like this one has not much difference on use on both fronts, mainly because it has such potential to kill large and boss creatures. I still have to fix those two last Enchantments, because I ran out of one of the resources, but I'm thinking on probably Healing %HP on death blow or even LUK boost, and Critical rate or Critical damage.

What do you guys think?
"There’s nothing to fear but fear itself and maybe some mild to moderate jellification of bones." Cave Johnson, Portal 2.

You mean Assassin tome?
"There’s nothing to fear but fear itself and maybe some mild to moderate jellification of bones." Cave Johnson, Portal 2.

It makes me so sad when I spend a Gold Enchantment on a Legendary Unit to susbtitute a useful Silver + HP one, and it appears a Less Damage from Poison and Burn one, considering said creature has cleanse as special attack.
"There’s nothing to fear but fear itself and maybe some mild to moderate jellification of bones." Cave Johnson, Portal 2.

Yes, ant re-rolling cost a small fortune. On what Leg it happened? Seems like that they have a different probability. Hmm, classes, perhaps?

Myself I must knock on the wood, been mostly lucky with getting at least average ones. But too, on main team, I needed to re-roll a few times.

I am enchanting rather randomly, depending on how many dusts I have (25 for each enchantation). For example, I seldom use Raiju or Asura, but Raiju is fully Golden now, and Asura has only 1 missing. My main team is not fully gold yet. I don't remember if my Medusa has 2 or 3, Colossus and Cerberus have 2 and that goddamn Pony dog, which I needed for cleansing purposes ONLY (looks miserably guilty

), has 1 now. And that's, OF COURSE, the goddamn fluke gold enchantment I was talking about. Pony dog is better off with added attributes, like + HP, + DEF, + LUK, or something like less Damage taken when HP is low, etc. However, it is a multi cleansing creature. Protection against DoTs is the least of its problems.

That's why this gold enchantment was really pointless.

I was half expecting my pony dog to look forlorn after that, but it continued with that godawful smile on its face. 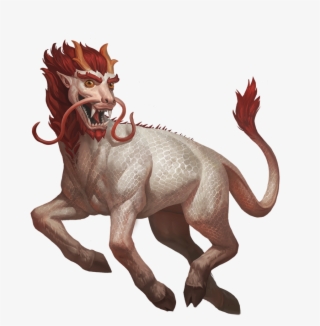 I still don't have Kirin

First I enchanted my main team with surplus of resources, to get out with something useful, cannot afford to cripple it. That's like 8-10 creatures. And the rest of goldies is just for GW, don't need to care much. Because, there are only some useful.

I do use Asura, intensively. For ressurection and cleanse. So I ever doubt, that I will seek for that ponydog.
Asura is combined with Baroness or any other creature providing Mend, that's essential.

For me most useful enchants are extra dmg vs Large or Boss, extra dmg when when being full or in red and some for cure, cleanse and such. Enchants beats dots. And one enchant beat them all, which is dots dmg multipler.

Still haven't time to use it on any units with ignore defense..