Discussions about the latest news in the Might and Magic community.

George Almond, Chief Concept Artist of Heroes of Might & Magic III. and IV. is looking for a new job, as full time game artist. And per chance you shouldn't miss an opportunity  - ok, if you are a game developer, to hire him, of course - to see his portfolio from good old Might & Magic times on artstation.com.

I much hope to see his art again in some Fantasy or Cyber Punk game, now it's perfect period of time to make it happen.

You can follow the discussion here, thanks for the alert Marzhin! 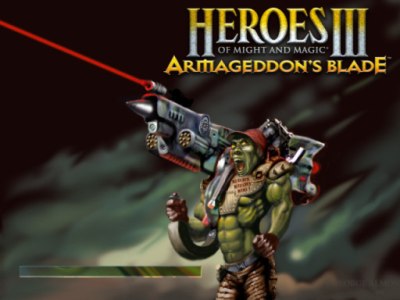 What is written here?

If you are following "AI project for Heroes from Quantomas", you have a spark of hope that it may go public this year. Probably just for public testing. Nothing was promised but you can see that possibility between the lines.

This is a chance for Ubisoft, which shouldn't be missed. Just I would add, GoG would do that..

We are still awaiting continuation of "Interview with Tim Lang", there may be a bigger time delay, but all parts are already recorded, as confirmed by Super Goober here.

--Meanwhile I was writing this, the part two was released!--


In Poland there will be regular music festival "The Symphony of Heroes", where will be played three symphonic suites by NFM Wroclaw Philharmonic Orchestra from Heroes II. - IV. by mere 80 musicians. Date to note in your calendar is 26.10.2018 15-17 hour. You can already reserve the tickets.

And one more return to the Poland, seems that Creature Quest is not the only with that concept, one man started "Heroless III. Comic Adventures". There's one strip yet.